Skip to content
MUMBAI: It’s been two months now, since the cancellation of the one-day series between India and South Africa on March 14, that the Indian team has not stepped out on the field.

In fact, like everyone else across the country, Virat Kohli & Co. have found themselves quarantined over the last 60-odd days, making do with whatever resources at their disposal to work on their cricket and aspects of physical and mental fitness.

The isolation notwithstanding, there’s been a lot at play behind the scenes for the senior Team India cricketers, coaches, the support staff and the men in charge of the National Cricket Academy (NCA), led by Rahul Dravid.

The BCCI, a few weeks ago, put in place an initiative and an app — charting out a four-stage programme — that is under implementation right now and will continue until whenever the lockdown is over and normal life resumes. 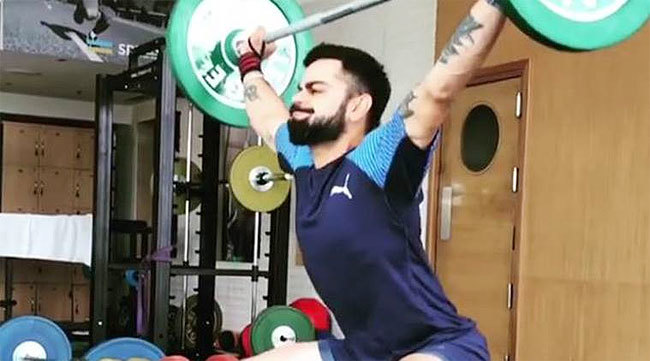 LIFE IN A LOCKDOWN: Players like Virat Kohli are doing fitness drills with gym equipment at home

“It’s a step-wise process that’s been put in place and the secretary (Jay Shah) is reviewing the progress on a daily basis. What we’ve tried to do is divide this process into different phases. Aspects pertaining to physical and mental health of our cricketers, professional assistance online, monitoring of diets, fitness sessions etc are being conducted on a daily basis,” BCCI treasurer Arun Dhumal told TOI.

THE PROCESSES PUT IN PLACE FOR THE FOUR STAGES OF LOCKDOWN:

STAGE 1 — Complete lockdown: All centrally contracted players have been engaged and a questionnaire was presented to them in order to understand what were the facilities available to them under the lockdown. For example, Mohd Shami for instance is at a farmhouse where an open field is available to him. Bhuvneshwar Kumar on the other hand is stuck inside an apartment and has to make do with whatever little gym equipment he has at his disposal.

Team India physiotherapist Nitin Patel and trainer Nick Webb have been given access to the app alongside the rest of the coaches. “There’s a daily interaction; in fact in some cases on an hourly basis to keep track of their daily regimen and the training sessions they’re undergoing at their homes. The batting and bowling coaches are having their own sessions with the team members. The head coach is overseeing this. That aside, the Team India coaches are holding sessions with the National Cricket Academy’s (NCA) coaching staff and there’s an effort being made to bring around a sense of uniformity (in coaching) at all levels,” those in the know of specific developments said.

In terms of physiotherapy, an online session is held through a video call on a daily basis. A weekly report is submitted on this. Chief physiotherapist Patel and his colleague Yogesh Parmar are hosting these sessions. 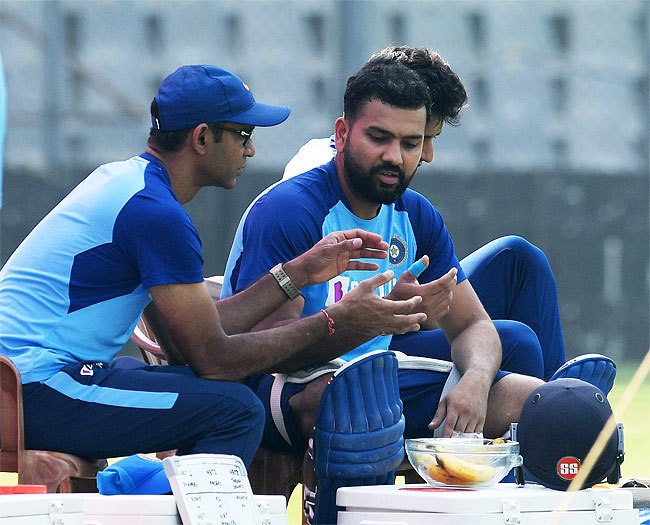 Stage 3 — with normal life resumes: The BCCI says it is busy putting in place a blueprint on how the cricketers can be moved to a specific centre, one that can be finalised in a few weeks from now, to undergo skill-based training once normal life resumes and travelling from one city to another becomes possible.

Stage 4 — resumption of cricket: When that happens, the Board is clear that players need to be in the right frame of mind and fitness to hit the field. Like in every other professional space, it’s been ‘work from home’ for the Indian team too. The BCCI had, some time ago, put in place a video-based application that was available to all players, coaches and support staff of the senior Indian team. It included clips of individual performances, team efforts, bowler or batsman-specific duels, a database on what caused frequent injuries and other material to work on the possible dos and don’ts.

Last month, the entire data available on the video-based platform was uploaded on a mobile application that is now exclusively reserved for the Indian team and those who work with it. Every individual with access to the application can now log-in and be part of a work process that involves online training sessions, fitness, yoga, chatrooms, questionnaires (prepared for the purpose of maintaining records) and more. A four-stage program (see box) has been drafted to allow players get through the different phases of the ongoing lockdown.

“Our coaching staff is in regular touch with all the team members and conducting these sessions with all the players. As and when the situation permits, with the relaxing of norms, we will begin with skill-based training in local stadiums. We will keep reviewing the program dynamics subject to relaxation in lockdown norms so that, as and when cricket resumes, they can return to the field,” Dhumal added. 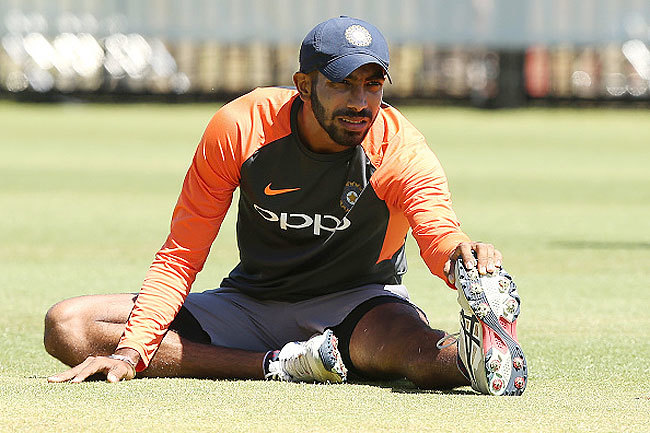 Once the lockdown ends, partially or fully, the BCCI plans to move the players outdoors for skills training

“It was extremely important to get going with this and the BCCI has done an excellent job in putting all of this together. The lockdown has not been easy on anyone, and the same goes for the cricketers. But the thing is, when cricket resumes, these boys will have to be at their best right from the word go. So, a lot of effort has to go into this, in whatever way possible. Secondly, it’s rare for anybody associated with the Indian team to get this kind of time to self-introspect, think about your own game and body, identify elements that have worked and that haven’t and go about accordingly,” says Shastri.

Batting coach Rathour, for instance, is focusing on individuals and specifics. “It’s a rare window of opportunity to introspect,” he says. “It is the players who are doing the talking. I’m trying to listen, take it all in and work around the topics that are being brought up. We have an app. We’ve started to put videos in that app”.

Rathour talks about batsmen sharing their experiences. “Simple things — about facing a certain kind of bowler or foot movement, any particular way a batsman has been getting out, what’s worked for him what hasn’t. It’s an ongoing process,” he says.

Fielding coach Sridhar has prepared a list of around 25 questions — feedback from cricketers — that can be part of worksheets for team evaluation. Questions like:
A) What did you learn from the last series or the last year of cricket;
B) What’s the target you want to set and achieve once cricket begins;
C) What kind of practice sessions are suiting a player the most;
D) Any discrepancies that have crept in… etc.

“An international sportsperson is like a racehorse. So, it’s tragic when he / she can’t move around. Not being to expend that energy can be frustrating. It can be boring, monotonous, but that’s the challenge. The idea is to stay aware, stay motivated, work towards the bigger picture. This too shall pass,” says bowling coach Arun.