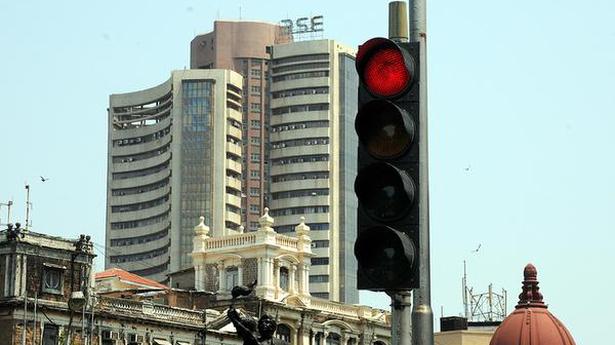 The Indian equity indices tracked weak global cues on Thursday and erased all of the gains registered on Wednesday with the benchmarks shedding more than 2% each even as the government continued to announce more sops to support the economy.

While the fresh set of incentives for farmers, street vendors and migrant workers, among others, was announced after market hours, investor sentiment took a hit after the U.S. Federal Reserve Chairman Jerome Powell hinted at a long period of economic weakness die to COVID-19.

“The rise in COVID-19 cases and a lack of clarity on the impact of stimulus packages were weighing on the sentiment. Besides, weakness in the global markets further dented the sentiment,” said Ajit Mishra, vice-president,research, Religare Broking.

Both Hang Seng and Nikkei lost more than 1% each with the benchmarks of South Korea, Taiwan, Indonesia, China and Singapore also closing in the red.

Incidentally, market participants are not expecting a sustained upswing in the coming days even as the government will continue to announce more sops as they feel investor sentiments will be more influenced by the manner in which the ongoing pandemic behaves in terms of fresh cases.